One of the most popular posts Shareology did last year was on a brand new shopping center opening in St. Louis Park called West End, near Minneapolis, Minnesota.  Given the interest in this retail opening, Shareology went back last week to check it out.

Some of the first to open and most popular have been restaurants Crave and Cooper.  This is the third Crave, after the successful Galleria and Mall of America locations.   Last week Shareology found Crave patrons enjoying the spring sunshine:

Cooper (named in honor of the long gone Cooper Theatre showing movies just a stone’s throw away) has also been drawing crowds.   The interior has that genuine Irish pub feeling, from those folks who just moved into Block E. 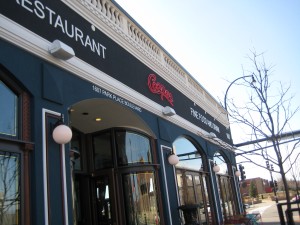 What other retailers have opened at West End since Shareology last visited? 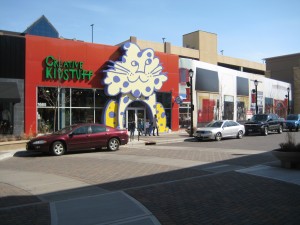 Republic of Couture: clothing for men, women and children

Not all stores are open yet — a view of coming attractions: 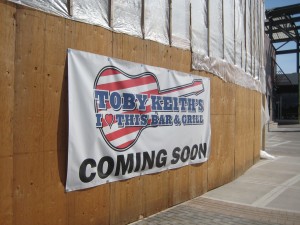 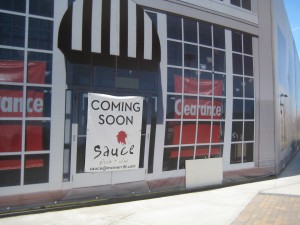 Whew:   Shareology did not go by every single merchant  —  let’s look at a partial list:

West End is a natural with the dinner and a movie crowd, and with the young mom demographic.  Heck, even Shareology loves the place!   For more information, go to:   http://www.theshopsatwestend.com/