Cruising Twitter I came across an RT of someone looking for a person who had used social media to find a new position and who was over 40…. hmmmmm.  I sent a reply to the writer, and the result can be read on Fast Company!

“Overall, it is estimated that within one month of creation, 60% to 80% of blogs worldwide are either abandoned or infrequently updated. This means that the average lifespan of a blog is equal to that of the common fruit fly.” http://blog.mysquawkbox.com/does-your-blog-have-the-lifespan-of-a-fruitfly/

Shareology is wayyyy past fruit fly status! So a tip of the hat and a salute to Shareology!!!!

Check out the recently published items to the right….or perhaps the items a bit further down under Top Posts….  Happy Birthday, Shareology!

What I am most proud of is the sheer diversity of subject matter. Ok, Shareology has tipped heavily towards retail brands. However, you will find posts on social media, marketing and networking sprinkled throughout Shareology. This works out pretty great, in that I hesitated to start a blog when my interests are so very diverse. One of the surprises has been that posts I have considered to be sort of simplistic have resonated with readers. Luckily they can see the wisdom buried in the shallowness that is Shareology. (Hmm…..that might be a new post: Embrace your Shallowness….not in the Kim K shallowness but in the KLR shallowness…like I’ve never met a British mystery I didn’t love….or mysteries about Venice or Paris….or south Florida….)

So: three things I’m proud of:

Readers come back; posts draw new readers, sort of like an annuity. When I am feeling guilty that I have not continued posting twice a week, and can barely manage once a month, I marvel at the continued attraction of years old posts. The St. Paul picture of Peppermint Patty in Rice Park kicking a football remains popular; who knew I’d be walking through that park every morning on the way to work?

I had a few retail scoops in my time…. I beat the Strib by a day announcing the arrival of Louis Vuitton in Galleria. (They were waiting for a quote from the NY office; not Shareology. I saw the signs in Galleria in the midst of a horrific downturn in retail and knew this was huge news.) Thanks to some superb sources, I scooped everyone by months in announcing Microsoft was opening a store in Mall of America, across from Apple.

My photography is a surprise…. One of the bases for Shareology was the thought that a boatload of words tossed on a blog is innately pretty boring. Thus my point-and-shoot Canon became a fixture of Shareology. A definite highlight was when I was contacted by the general contractor of the Louis Vuitton store, asking if he could use a Shareology photo on his website, to advertise his firm’s abilities. He offered a photo credit. I am still glowing from that.

So, where will Shareology go? Beats me. I’ve been converted to a content calendar at work; it’s necessary to manage the posts of 20 some writers. But Shareology? Shareology will continue to report the world as she sees it and experiences it. But not before stopping to thank all those readers who came to read, to laugh, to argue, to comment, and to return. Without you…..Shareology would be a big old room full of echoes.

One final point:  Shareology recently went and clicked on those very first seven posts (right hand column, waaaaay at the bottom.) Talk about an out-of-body experience.  It really does feel like they were written by someone else.  While Shareology tries to come back together as one, click on July, 2009:  that Target branding post still holds up, as does the one on Bachmans’ marketing.  Enjoy!

The Lunch Break Series is an, informal roundtable discussion on various In-House related topics sponsored by AIGA. These discussions are free and open for anyone to attend. They are held over the lunch hour at International Market Square.

The stats helper monkeys at WordPress.com mulled over how this blog did in 2010, and here’s a high level summary of its overall blog health: 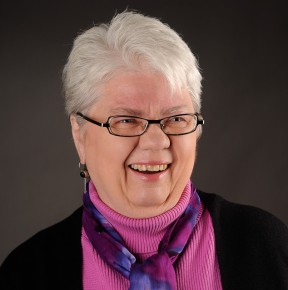 The average container ship can carry about 4,500 containers. This blog was viewed about 14,000 times in 2010. If each view were a shipping container, your blog would have filled about 3 fully loaded ships.

The busiest day of the year was June 21st with 189 views. The most popular post that day was Microsoft coming to Mall of America!.

Where did they come from?

The top referring sites in 2010 were linkedin.com, twitter.com, minnesota.com, facebook.com, and en.wordpress.com.

These are the posts and pages that got the most views in 2010.

Which Twin Cities Shopping Center is this? And this? August 2009
5 comments

Shareology was there to meet with Rrribbitz CEO, Kim Opitz:

Shareology loooooves her Canon — but recently (since meeting said CEO above) has been amazed at what a tiny little (green, naturally:  It’s Rribbitz!!!) iPod can capture in terms of video:

Remember when guys used to carry camcorders on their shoulders?  Hey, it wasn’t that long ago…..

Now, the above tiny item, about the size of a business card, can create video.   Truly amazing when you think about it.

Kim has created a couple of videos that include Shareology:

The second video is of the very first Huddle created by Agency Babylon:   http://www.vimeo.com/10289062

The two videos above can also be found on YouTube by searching for Kay Roseland.  Kim’s editing abilities make these short videos really pop!  Forget about the kindness of strangers:  Shareology appreciates a great editor!!    More can be found on Kim at:

However.   I do have a couple of examples of how changing your (my!) attitude can make all the difference.  Let’s start with the MBA example.

Shareology raced through the first 75% of her MBA.  (Do you think the fact that Honeywell was paying for it helped in any way?  Thank you, Honeywell!!)   Then came the eight year recess.  Five courses remained.  Shareology had taken every marketing course possible.   So what was left?  Well, besides a couple of great courses (Organizational Development, Strategic Management) there remained The Three Icks:   Managerial Accounting, Econ, Finance.

At various times in her MBA career, she had dropped managerial accounting, not once, not twice but three times!!  (In the first chapter of the $100 plus accounting textbook, was a homework problem that seemed so detailed that Shareology could not imagine ever completing it.)  On the third drop, Shareology finally did something smart.  She emailed the  professor.   The professor, who happened to be head of the accounting department, said “I’m sorry to hear that.   I would have loved to have helped you.  Perhaps you could attend the second class.”  (Shareology had become an expert in knowing you could attend two classes  before dropping without a penalty.)  In the email to the professor, Shareology had explained how she had built up this fear of The Three Icks.  But she committed one thing to the professor.  No matter how scary, this time she would attend all fourteen class sessions, and try, to the best of her ability, to succeed, or at least complete.   It had finally dawned on Shareology that, if she wanted to complete the course, she was going to have to show up for all fourteen sessions.

The professor and Shareology brainstormed:   tutors?  help from the professor?  extra resources?   Just the fact that the professor  would  know that this would be a struggle and that it wasn’t going to be pretty…  (Perfectionism will stop us from going forth and doing anything…we might produce a result that might be less than……. perfect.)

Shareology found a study buddy in the class to work through homework and she began to read the $100+ textbook.  (Actually she had two versions of the text:  she had been at this so long, the text was republished with another edition.  Swell, TWO $100+ textbooks.)  The deep irony is she was reading an accounting textbook word for word, when time constraints and group projects meant she didn’t read the marketing textbooks earlier in her MBA studying.  She also assigned very specific time slots each week towards studying.  Yep, studying.  The result?  Shareology got a B in managerial accounting, a B+ in econ, and an (OMG!!) A- in finance.  And yes, she told the econ and finance professors that this was going to be a challenge, she was scared, it wasn’t going to be pretty, and she needed help.

The second example?   Shareology was a support system as Agency Babylon launched his blog earlier this year.  She heard all the challenges, and the new areas of learning.  WordPress?  What’s that?   But she listened to Agency Babylon and learned.  She listened to speakers at Social Media Breakfast Minneapolis St.  Paul mentioning that WordPress was a great tool,  feeds directly into LinkedIn, and was poised to offer features far into the future for bloggers.

But what would Shareology write about?  And how could she sustain interest?   How could she integrate her various interests in marketing, social media and networking?  Would readers accept that she might write about any of these subjects on any given day?  Shareology once again could not imagine how she would do all this……

And yet, four months later, she HAS done it.  The Before?  scared silly.  The After?  happy writer.   (And a HUGE thank you to Shareology readers for making this possible.)

So what have I learned?   You can do MUCH more than you ever imagined.   Even conquer The Three Icks.  The sweetest moment was when Shareology stepped onto the University of St. Thomas stage to receive her masters hood.  The professor to place the hood over Shareology’s beaming face?   Dr. Jane Saly, her professor of managerial accounting.  Priceless.

When I began Shareology a month ago (Happy Birthday, Shareology!)  I struggled with the diversity of subject matter I wanted to cover.   I’m interested in a LOT of stuff.   The four years Shareology spent at a career counselor resulted in a number of topics of interest in today’s economy.   How to reconcile that with marketing and retail point-of-purchase and shopper marketing and social media?  I can’t possibly do a  blog:   folks like a tad of focus as they click.  What to do?

Finally it dawned on me:   career exploration boils down to networking:  networking is now centered on social media:  and social media is a set of tools for today’s marketing.    Whadaya know?   It does all connect!  Shareology has a focus!

And the actual word Shareology?  A gracious gift from Agency Babylon, (@AgencyBabylon, http://agencybabylon.wordpress.com/  ), leftover from a branding session this summer.  The client went with another name for his digital out-of-home network, and Shareology was thus available for use.

Thanks to those readers who made Shareology’s first month so much fun; a special thank you to the tweeple who posted comments.  It’s been a delight to read the intelligent, funny and thoroughly engaging words in your comments.  Shareology readers Rock!!

These diverse interests bloom together under the umbrella of Shareology.

A recent walk on the Edina Promenade leads to  the next  post about the architecture of the Target store on York. Previous experience in point of purchase suggests that the outside of the store impacts the decisions inside the store.