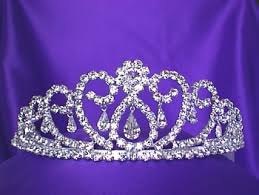 Once upon a time, there was a princess who wanted to grow up to be a social media rock star. She wished upon a star, but alas, there was…..nothing. She knocked upon door after door; she met for coffee with every social media person in her land.

In her networking quest, she came upon an event called Product Camp. Off she went, at 7 AM in the morning to knock upon the doors of the castle called St. Thomas. Alas, the castle was locked but another princess was also looking for a way into the castle. “Come with me” Princess Networking said as she led her new friend into the unlocked front door of the building. It turned out that her new friend was speaking twice that day on social media and Princess Networking made sure to be in the audience for each session.

Later that week, Princess Networking connected with her new friend on the magic LinkedIn; she also set up a meeting for them at the castle known as Starbucks.

Still later, Princess Networking got an email from her new friend. “Would you be interested in working for my boss? She’s in need of a Princess such as you….”

Thus is the power of positive networking.