Blame in on Microsoft!!  Not only did they open Microsoft Store #6 in Mall of America on Saturday  — but a quick trip around the mall resulted in a discovery in Nickelodeon Universe:  they have a pop up Kinect Store there!   Although to be fair, it looks more like another Nick Universe attraction, and small it ain’t.

What Shareology knows about gaming fits in the proverbial teacup…but what might have started out as a game is migrating to a do-it-in-your living room, incredibly fun way to exercise for a mere $300 or so….(Kinect is part of the XBox 360…) 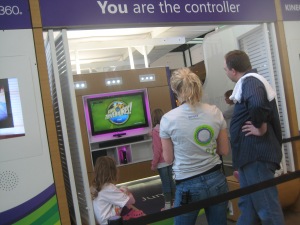 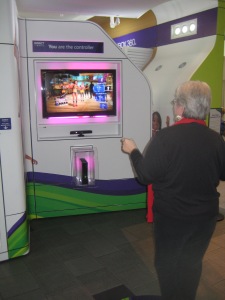 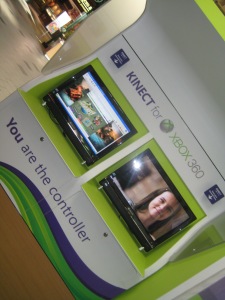 Well that’s it from Nickelodeon Universe….if you wanna continue to boogie, y’all gotta get to 162 South Avenue, Mall of America and pick up one of these:

Find out more at www.microsoftstore.com

One Response to “Shareology discovers Dancing at Mall of America!”